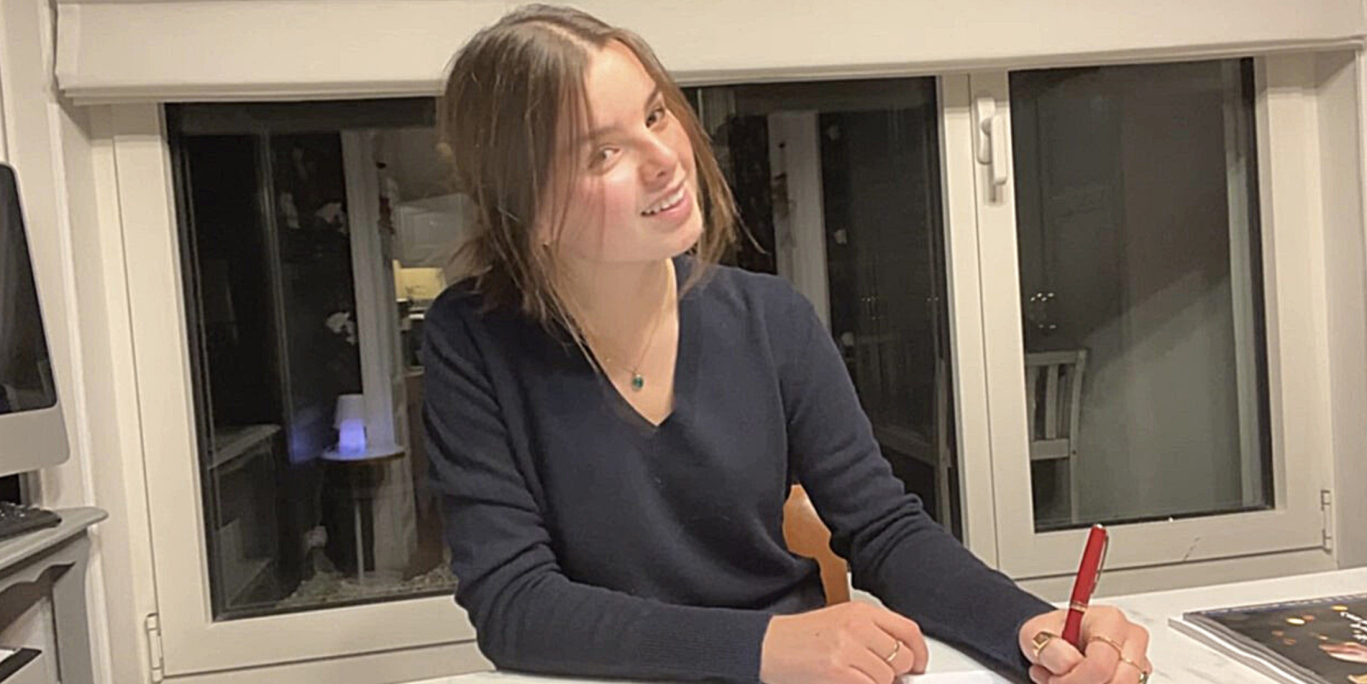 A new life in a new country playing for a new team. It’s all changing for Katie Ingram, captain of BSB’s U18 Varsity football team, who will leave Belgium at the end of this academic year to take up an athletic scholarship in the United States. Katie will be starting her new chapter in education at the University of the Cumberlands in Williamsburg, Kentucky in the summer, where she’ll be studying Exercise Science. She’ll also be taking her football career to the next level by joining the university’s team, The Patriots.

Once Katie had decided on the United States as her next destination, she signed with an agency in the US which made her profile available to universities and coaches. She was inundated with offers but finally decided on Kentucky and The Patriots.

“I’ve always wanted to play football at the highest level,” she said. “And the programmes for female football in America are the best which made the US my top target. I had lots of emails from coaches expressing an interest in signing me but when I looked at the full package, the academic side and the footballing side, Kentucky was the place for me.”

“The university had the course I want to do, and the football programme and facilities looked amazing,” she added. “Plus, the team is very international and that is something I wanted to be a part of. It means that most of the girls will stick around during the holidays, and we will remain together, which is important.”

“The Patriots play at a high level, and the first division is one of the top competitions for women’s football in the US. It’s also one of the best places to get spotted if you then want to go and play professionally in the States or in one of the international leagues, which I would love to do.”

The Patriots are a National Association of Intercollegiate Athletics (NAIA) First Division team which competes in the Mid-South Conference against opponents from Alabama, Georgia, Kentucky, Ohio, Tennessee, and Virginia.

The move to Kentucky is the latest step in a footballing career which began at the age of five when she first seriously started kicking a ball around. Since the age of 14, Katie has played competitively, working her way up through the youth teams at her local club, RRCE Etterbeek in Brussels, where she eventually became the youngest player in the senior women’s team.

She has also developed her game at BSB where she has also moved through the ranks to captain the Under-18 Varsity team. With the introduction of BSB’s partnership with West Ham United and the appointment of Head of Football Andrew Hill, Katie has played a pivotal role in taking the programme to the next level.

‘We are incredibly proud of the development that Katie has demonstrated in her time with the BSB football programme,” said Andy. “Her commitment and own self-development have impressed all of our coaching team and it is great to see that her hard work and dedication is being rewarded with this exciting new challenge. We wish her all the very best as she challenges herself in Kentucky for the next chapter of her football journey’.

Katie signed her athletic commitment contract and Letter of Intent with the University of the Cumberlands during the October holidays and is on course to arrive in Kentucky by the start of August to begin pre-season training with the team. Her studies are due to start soon after.“I’ve always had a passion and interest in the sciences of movement and sport,” Katie said. “My dad’s a physiotherapist, so I’m hopefully going to be able to use this bachelor major to go into physical therapy. I’d love to play professional football but if that doesn’t work out, I’ll hopefully have my degree. Football careers are not that long, as we all know, so if I make it, I will have that profession to follow once it’s over.”

Head of Faculty, Tristian Cook, said: “Whilst it is always sad to say goodbye, we really are excited about Katie’s new journey. The team are extremely proud of her achievements and wish her the very best. Go fly the BSB colours Katie and grasp the opportunities that come your way.”