in support of The Jo Cox Foundation

On Wednesday 28 June, the BSB Amnesty International group held a concert in honour of Jo Cox, the English MP who tragically lost her life in June 2016. The concert was in support of The Jo Cox Foundation which campaigns for tolerance and other issues which Jo Cox fought for in her lifetime.

The concert offered an opportunity to bring together the parents, students, and teachers of BSB and to focus on other causes in the world of human rights. Musicians from Years 7-12 performed to remember the work of Jo Cox in areas such as the Syrian conflict, the position of women in public life and the protection of civilians in conflict. It was particularly fitting that we should be joined by Adbulrahman, an Iraqi refugee and local football coach, who spoke of the situation in his home town of Mosul and the war with the Islamic State group.

Year 13 student Maria also spoke emotionally about the growing tragedy unfolding in her home country of Venezuela and the people of Manchester were honoured in a spoken-word tribute by a group of staff and students from the Manchester area.

In the spirit of ‘The Great Get Together’ celebration launched by The Jo Cox Foundation, Families of BSB (our parents’ association) also held a lunch time picnic in Cavell House, our dedicated parents’ centre on campus. We were delighted to be joined by several former staff members which contributed to the strong sense of community at our ‘Great Get Together’.

Overall, the day’s events were a fitting tribute to Jo Cox and her commitment to building a fairer, kinder and more tolerant world – a sentiment which strongly resonates with our school ethos. Thank you to all the students, parents and staff members involved in the organisation of these special events. 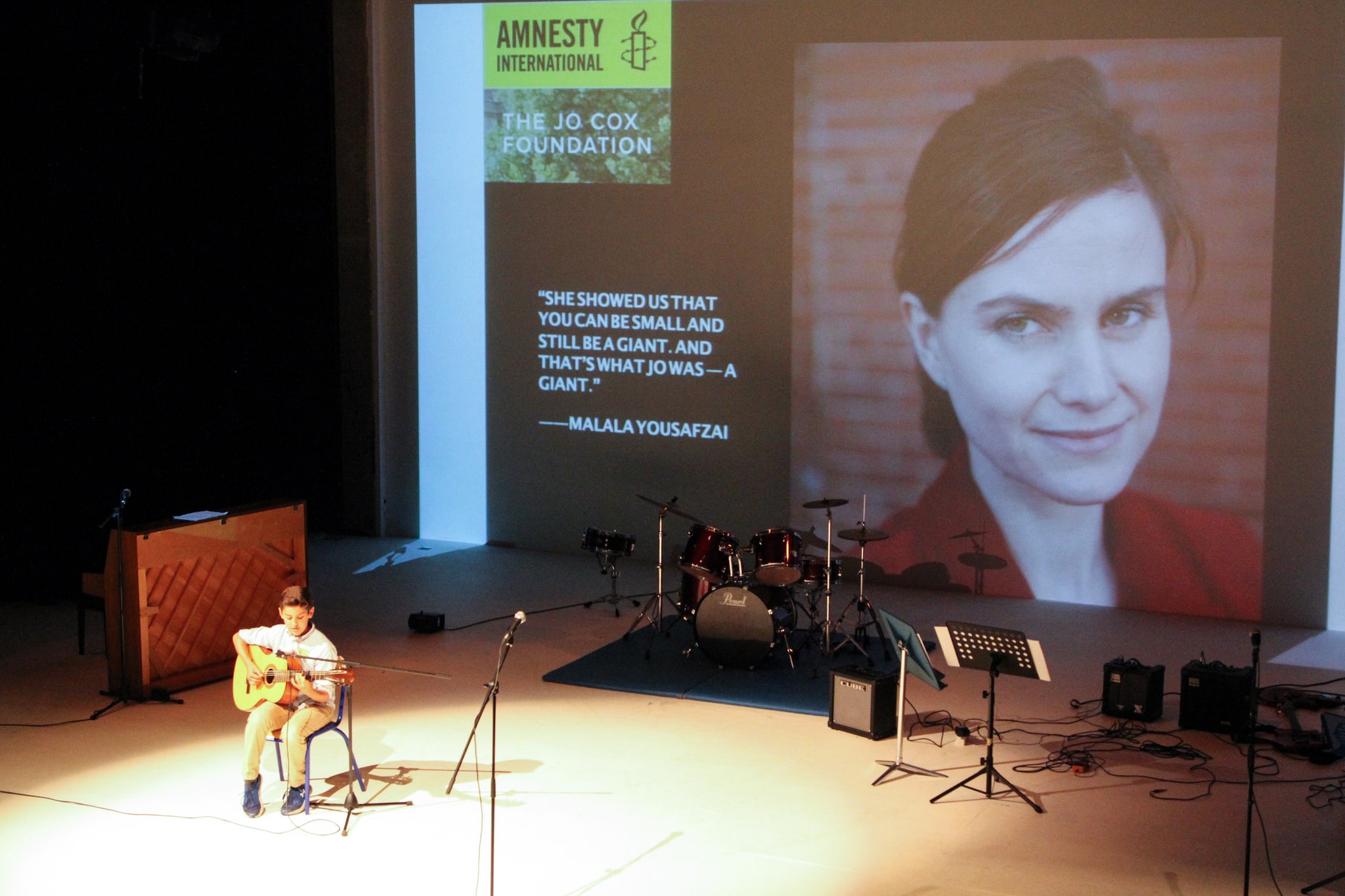